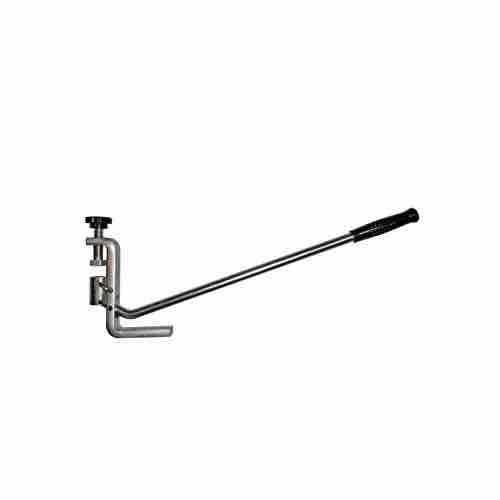 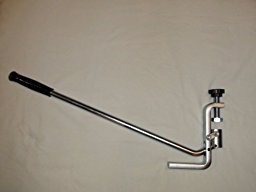 American Made quality using American made metal.
Each Kenkel Cracker is hand made with heavy industrial metal to easily crack the toughest of nuts including macadamia and black walnuts.  The secret to cracking hard shell nuts is to use hard metal.

American Promise
The Kenkel Cracker is a family operated business, backed by a lifetime guarantee.  Try finding that with a cheap Chinese model.

We have a few macnut trees and got tired of letting the rats have all the nuts so we started collecting them. For a while we'd spend an hour or so with hammers cracking a few for gifts for family but it semed cheaper to just buy them so I started thinking about making a cracker. I had the principle down but without busting out the chop saw and welder it wouldn't happen. Weighed my time against the cost of this tool and it won! Overall it works very well. Once I get a rhythm going, I can crack a nut a second (or so), usually without breaking the meat up too badly...I said "Usually".....heh heh. A couple of things though: * both the upper and lower "jaws" (where one is supposed to put the nut for treatment) are dished so a round nut like a macnut gets squeezed over a large surface area, which, as we all know from trying to squeeze eggs, the strength of a sphere is in its shape and the trick is to apply a lot of force in a small area.....soooo I ended up making a pin- like piece which fit in the lower jaw and that worked better. * the other thing I've found is to use the edges of the cupped areas to crack the shell, so I kinda hold the nut part-way in, then work then handle. I've probably cracked 15-20# of nuts thus far and it seems like the unit will last. Good job!

We love the Kenkel Hardshell Nutcracker that we purchased in December, 2013! Because of its durable structure, we expect it to last many years. Since we have walnuts and pecans on our property, we like the adjustable feature for each type and size of nut. We are cracking nuts at a rapid pace like we couldn't before. We have plenty of scrap pieces of wood so it was not a problem to make a wooden platform for it. If you don't have your own wood, find a woodworking neighbor. Since it does make a mess, my husband cracks them in his shop, then brings them inside to remove the nut meats. The price was reasonable compared to others that were higher in price. We are happy with our purchase and would recommend this nutcracker!

Works good for me